A downloadable game for Windows

There is no computer in the history of anything more obscure than that the El Conquistador Especial 124. Released in mid-1984 in Spain and only sold for a period of a few weeks in June, it was developed and used specifically by a small contingent of farmers called themselves "Los Señores Grandes de España" ("The Great Overlords of Spain") who wished to secede from the country and declare war on Sweden. The origin and reasoning of this grudge has eluded the few historians that have ever tried to sort it all out, but the movement died out fairly quickly as the members either got bored or died of incest.

In spite of its bizarre origins, it's a relatively powerful computer, with quite a bit fancier graphical capabilities than the Commodore 64, Apple II or Atari 8-bit lines. Despite its name, it actually has 128k of RAM, but from the minute it's turned on to the minute it's turned off, 4k is devoted to repeating the phrase "Muerte a Los Suecos" ("Death to the Swedish") over and over. To say that it is the most racist computer in existence would be an understatement.

From a software standpoint there is almost nothing of interest. Outside of an extremely basic operating system, a BASIC interpreter and some simple word processing, database and image editing programs, the only thing of note is a funny little graphical text adventure called ¿Que Pasa Perro? Developed specifically for children, it play as a regular guy, hanging out with your friend Paco and his dog. Much like Scott Adams' Adventure International and other similar games, it's largely a treasure hunt, as you scour the town to find five different items for you, Paco and the dog to play with. Like most games of the sort from the era, it's largely terrible, consisting of illogical puzzles, sudden deaths, a lousy parser and incredibly basic (often misspelled) prose, yet it offers a snapshot of a culture that's long been buried and forgotten.

There is no real use in creating an emulator specifically for the hardware, since it uses a custom CPU that has entirely baffled the few engineers that have ever examined it, and most of the software is useless anyway. So instead, I've recreated ¿Que Pasa Perro? almost entirely from scratch, using only cleaned-up screen grabs from the original game. The source code is in a variant of BASIC anyway so porting it to Windows using QB64 proved to be an incredibly easy task, although any bugs in the original code have been replicated here for accuracy. It does run at a higher resolution, plus the load and graphic drawing times have been completely eliminated, but otherwise it represents a fairly authentic experience, at least as close as one can get given the resources.

The original game is, of course, entirely in Spanish, although it plays much like any other text adventure. (A translated English version is included in a separate executeable. However, the game is meant to be played in Spanish even if you don't understand the language, for full cultural immersion.) You can move in any of the four cardinal directions by typing the full name or simply the first letter. (N)orte, (S)ur, and (E)ste have the same first letters in English, but west is (O)ueste. Similarly, you can use the (I)nventorio command to display your inventory. It can only interpret two words on a single line, in a "VERB NOUN" format, so you'll have to leave out prepositions and articles. Although the game text is entirely in capital letters, it will interpret text entry regardless of case.

At the outset, you can ask the dog which item you should be looking for next. ("Que Pasa Perro?" will work, naturally, although "Hablar Perro" also functions.) The writing is very basic since it's meant for children, so whatever Spanish you may have learned in high school should be enough to help you through it, but here are most of the verbs you need to use:

DAR - Give (type the item to give, rather than whom you're giving the item to)

Google Translate is also your friend. All interactable objects are also highlighted in the line below the room description, so you can figure out which noun to use. In many cases you don't even need to use specific verbs - for example, if you have money and try to take something in a store, you'll automatically buy it. All exits are also mentioned in the descriptive text. Type "MIRAR" to repeat the summary of the area.

There are a few other quirks to remember. The creators of the Conquistador, while perhaps very good at graphical hardware, were terrible with usability, and never bothered to create a keyboard or I/O function which took into account accents or other Spanish-specific letters or punctuation like the ñ or upside down exclamation point, so these are entirely missing. It also predated the days of hard disks, and they neglected to create write-capable floppy disk drives (only a single, "master" computer could make them), so there's no real way to save your game. Instead, you're given a password after every item you fetch, allowing you to resume some semblance of progress without starting over from scratch. (Needless to say, the inability to save documents also made word processing very difficult. It's easy to see why the El Conquistador was so short lived.) Keep in mind that it only keeps track of which items you've brought to the dog, so you may need to re-gather certain items.

When you start the game, you'll be asked if you have a password. If you do, enter it here and press Enter. If you enter it incorrectly (or just press Enter by itself) you'll begin the game.

The game begins in Paco's backyard, with Paco and the dog. The structure involves asking the dog what he wants, finding it, and giving it to him, then repeating the process until you've found all of the items. So first, start off by asking:

(this is the only sentence more than two words long that will be accepted by the parser. It's also the only one that has punctuation.) He will tell you he wants a PELOTA (ball). To the east (E) is a locked shed - there's nothing to do here for the moment. Head south (S) to enter Paco's house. You will find a ball lying on the floor. Take it. ("TOMAR PELOTA"). The text also mentions the SILLA (chair) and TELEVISION (television). Look at them for some clues for later puzzles. Anyway, once you've got the ball, head back north (N). Give the ball to the dog ("DAR PELOTA"), and the dog will be pleased. You will also be given a password to resume your progress. (When you restart, enter them without the quotes.) Just ask him for the next item ("QUE PASA, PERRO?") and you'll be on your way to find the second item.

The only English words accepted in the Spanish version are QUIT (or DEJAR) and RESTART. 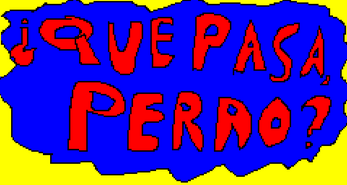 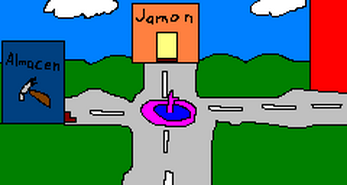 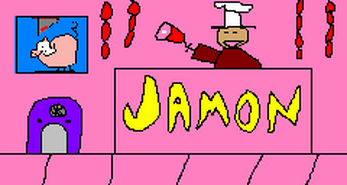 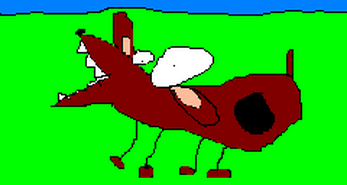 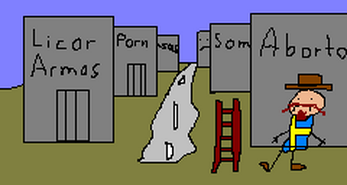 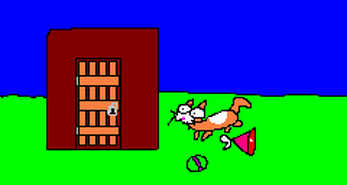 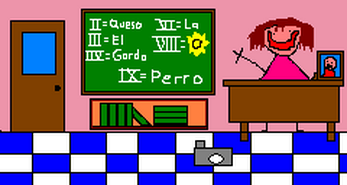 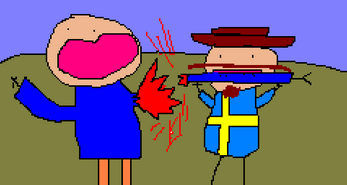 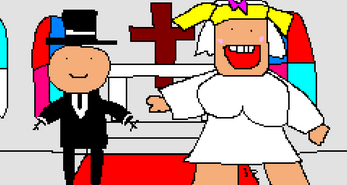