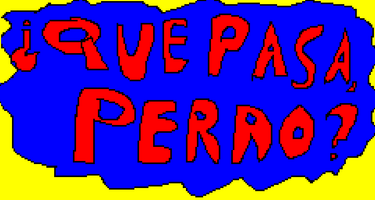 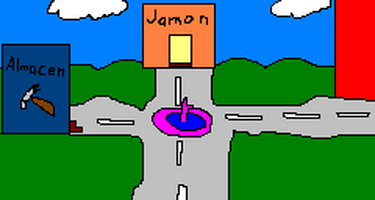 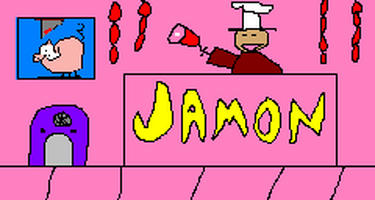 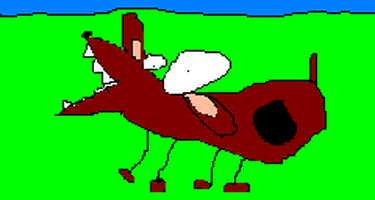 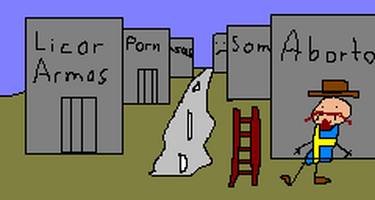 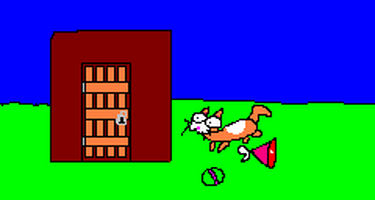 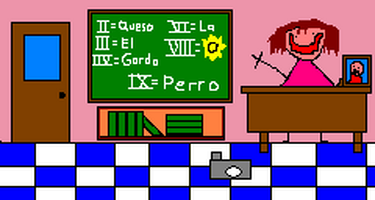 As you might guess, this is not actually a port of a mid-80s text adventure, nor is the backstory about the El Conquistador 124 anything remotely approaching real. The backstory is required to make sense of the incredible racism presented in the game, though.

I chose Spanish as a language because I came up with this whole concept when I went on vacation to Spain two years ago. Along various walls there was graffiti and signs that appeared to protesting something, but I have no idea what the political climate was so I didn't know what it meant. Then I walked into a bookstore and starting flipping through some of the children's books, to see if I knew enough Spanish to read them. It then struck me that a children's book is a really great way to spread propaganda, because it seems all cute and innocent but there are terrible things you can teach to impressionable youngsters. I remember being eight years old and watching those WWII-era Warner Bros. cartoons. I thought they were the funniest thing ever but having no real grasp on the era and the stereotypes it presented.

Anyway, I thought it would be interesting having this fringe group make a kid's book being incredibly racist, but found it in even more interesting being a foreigner, trying to extrapolate whatever the hell was going on. I decided it would be written by a crazy group of right wingers who had a grudge against the Swedish. Why the Swedish? Well, as far as I knew, it had absolutely no basis in reality - I didn't want to pick a closer country like, say, Belgium, and later discover there actually was some obscure war 300 years or so ago. So Sweden was far removed from the Europe that was in the middle of World War II, which seemed safe enough.

I started writing/"drawing" it but never really got more than a few pages. Then a few months ago I was playing these weird Japanese text adventures, specifically Jigoku no Renshuu Mondai (there's an article for it on the site), where you're this angel walking around hell and you come across all of these famous historical and pop culture figures, who quiz you about trivia facts for some reason. I still barely have any idea what was going on with it, and while it's a crazy concept in English, it's even more nutzoid in a language you only have a vaguely functional grasp on.

I decided at that point that taking Que Pasa Perro and turning it into a similar early 80s-style graphical text adventure made the most sense. And Spanish was a good middle ground, since I think most people (Americans, at least) know enough of it from schooling (it was the most populated language class in my high school, but they start teaching it really young nowadays), so they would be okay with navigating it as long as the rules were explained beforehand, even though they might not be fluent enough to understand everything without looking it up. The Spanish isn't very good, since most of it was done with Google Translate and then fine tuned, but it makes enough sense to function.