For fans of retro gaming, the independent game scene is a garden of delights, with hundreds of brilliant titles that not only recall the classic era of video games, but also evolve. This second entry in the HG101 Retro Indie Game series covers a variety of genres, including Metroidvanias (Hollow Knight, Blasphemous, Deedlit in Wonder Labyrinth), action-platformers (Cuphead, Blazing Chrome, Celeste), first person shooters (Dusk, Project Warlock), adventure games (Unavowed, Lamplight City), visual novels (Coffee Talk, Katawa Shoujo), and other modern classics like Cave Story, Into the Breach, Return of the Obra Dinn, Stardew Valley, Papers, Please, and many others!

In order to download this book you must purchase it at or above the minimum price of $6.99 USD. You will get access to the following files:

Just bought this on Amazon. (Would've bought it here if I had realized that it was available.)

Nice coverage, good reviews. Though it would've been useful if the developers had been listed in the main info.

If you're ever planning a third volume of this, here's some suggestions for games that I feel are worth including, for one reason or another:
80 Days, The Cat Lady, Curious Expedition, The Darkside Detective, Dominions 5, Don't Escape - 4 Days to Survive, Freedom Fall, The Hex, Jimmy and the Pulsating Mass, Legend of Grimrock 1 & 2, The Lion's Song, One Way Heroics, Open Sorcery, Pizza Express, Princess Remedy in a World of Hurt, Princess Remedy in A Heap of Trouble, Ring Runner: Flight of the Sages, The Sea Will Claim Everything, Thomas Was Alone, To the Moon, and Zniw Adventure. 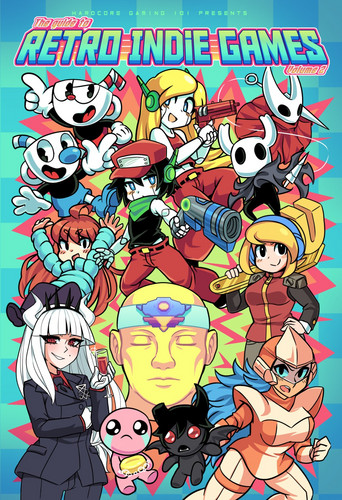